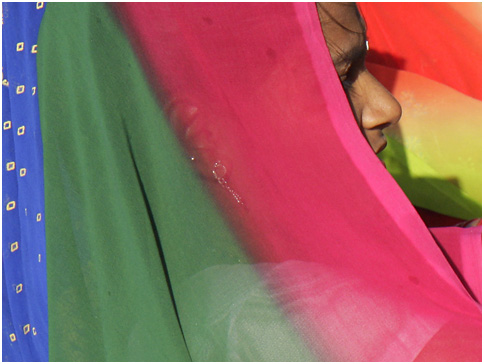 A lot has been published on the emergence of COVID-19 and the destruction it has caused, particularly economically. However, the advent of another creeping baleful pandemic is not receiving as much attention as it should. The speakers in this webinar explored how the pandemic has disrupted efforts to end child, early and forced marriage.

Child early and forced marriages prevent millions of young people from living lives that are free from violence and fully developing their capacities. Bahie Mary Rassekh, a public health expert and co-facilitator of the group said that an estimated 650 million women and girls alive today were married as children. About 12 million more are married each year, with an estimated 23 every minute. An analysis by the World Bank and other partners on the economic impacts of this, found that child marriage prevention would save billions of dollars.

Emerging data reveals that the effects of the COVID-19 pandemic and associated measures have exacerbated the risk and incidence of child early and forced marriages which have increased among adolescent girls, along with pregnancy. This is a result of many factors including limited access to education and poverty.

Shipra Jha explained that South Asia pre COVID-19 was second to Sub-Saharan Africa in terms of prevalence of child marriage but highest in the world in terms of burden. However, a lot of policy progress had been made to reverse this trend. Many governments had started allocating budgets towards this but it all came to a sudden halt because of the pandemic. All governments redirected all their efforts and resources towards reinforcing COVID-19 regulations.

Tarnjeet Kang explained that poverty is a key factor for child, early and forced marriage; and dowry in settings like South Sudan, is considered a mechanism for raising funds for a family when they are really struggling financially. Closely tied to the above point is the closure of schools. Schools are not just spaces used to provide the formal education; they are also spaces where many other programs are run. Feeding programs are implemented in schools and schools are also the place where dignity kits and menstruation supplies are distributed. Schools also serve as a safe haven for young girls where they decompress when experiencing pressure from home. The shutting down of schools because of COVID-19, meant that for many girls, there was a sense of loss of protection when they had to go back home and into their communities.

Impacts of COVID-19 on child, early and forced marriages

Aid programming in Southern Sudan stopped as in many other countries. Poverty levels have risen with inflation growing exponentially. Young girls have also been disconnected from their support systems (peers and teachers). Organizations and partners that were running programs to keep the girls busy and occupied to delay marriage, had really been impacted by COVID-19.

Closure of schools and educational institutions is possibly the most detrimental effect of the pandemic. Girls have been hardest hit with no time to study because they have taken up the chores at home and absorbed the domestic burdens. Migrant working populations which mostly compromise of men, have  returned to rural areas and homes because their jobs have come to an end; posing a huge threat to the safety of adolescent girls.

The increased number of people in homes denies girls access to things like laptops and smart phones to carry out their education and leisure, as these are usually for the boys and men in the homes. Many girls have reported mental health issues mostly fueled by the scrutiny they are receive at home. There’s lack of access to health services like contraceptives and an increase in young girls’ vulnerability to violence, sexual violence and unwanted pregnancy.

More women and girls have lost their jobs in in comparison to men and many of the jobs that belonged to them have been taken up by the migrant male workers who have since returned. Girls are viewed as an economic burden and the reduction in the number of guests invited to weddings because of the pandemic, is favorable for families as they can quickly marry them off.

Child, early and forced marriage must be addressed in multifaceted ways by employing a multisectoral approach. For example, joint effort should go into alleviating poverty to minimize the tension, pressure and burden on families. Families need to stop viewing their daughters as a source of income. Men need to be brought on board as its often men who have the most power within a community and are therefore probably in the best position to start changing some of these harmful social norms. Most importantly, this agenda must be kept alive and not forgotten as the world tries to get back to normal.

Bahie reminded the audience that in its work the group is striving to discover points of unity where contrasting perspectives overlap and build on this; in this way all are welcome to join this group, all people, all backgrounds and all perspectives.

Photo credit: “veil, navsari” by nevil zaveri: is licensed under CC BY 2.0