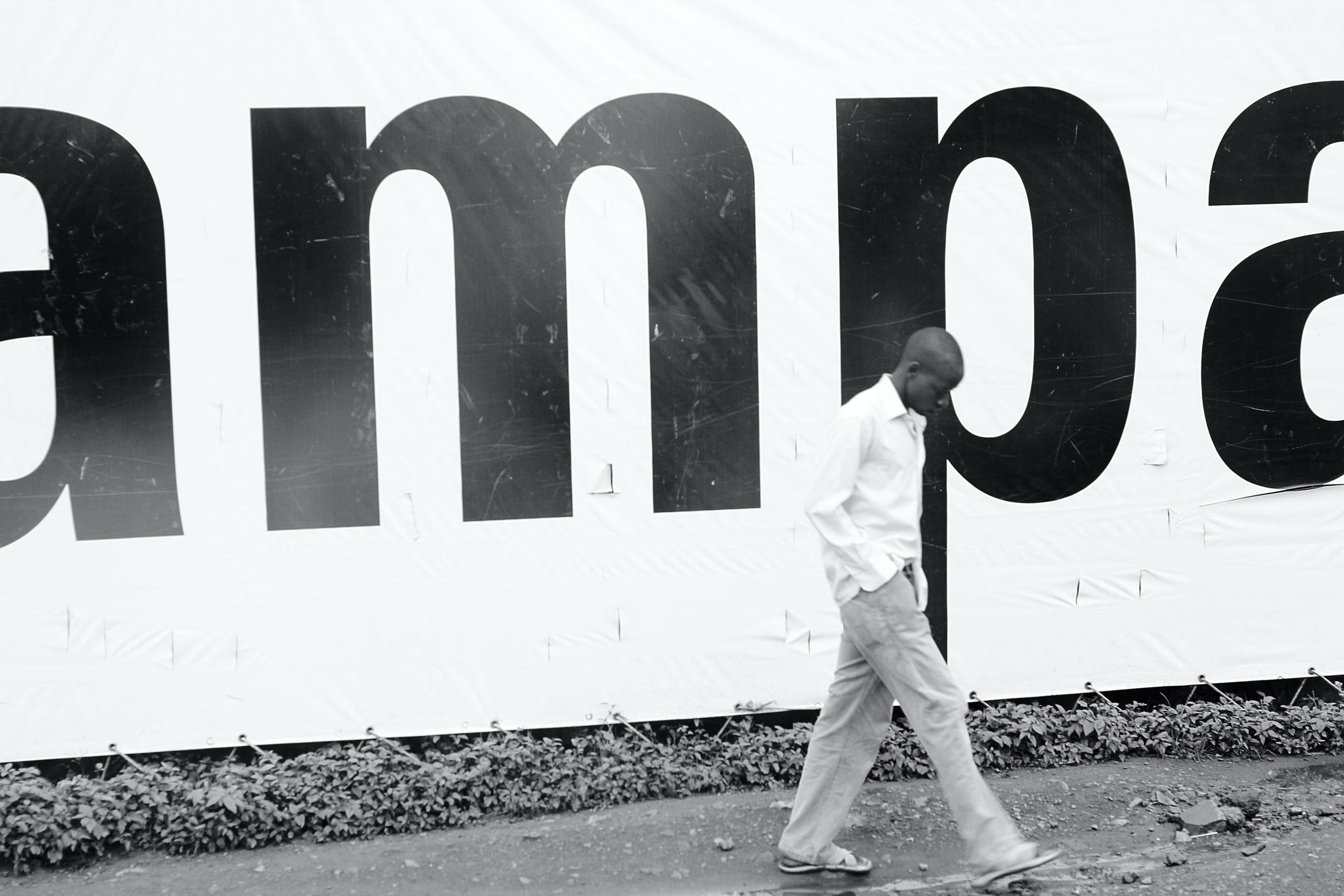 The COVID-19 pandemic is a disaster that has severely disrupted the normal functioning of populations around the world and continues to proliferate indiscriminately. As one of humanity’s biggest challenges in recent history, the pandemic, along with the measures taken to protect the population and keep public health systems afloat, have threatened the health of all, brought grief, financial difficulties, and enormous changes to daily lives. In this blog Josephine Ahikire and Amon A Mwiine explore how the crisis has disrupted normative ways of being men and masculinities – reported male vulnerability to the virus, men’s struggles to stay at home in the context of global shutdown, and a reported surge in cases of gender based violence as prolonged quarantine and economic stressors increase tensions in the home.

The COVID-19 pandemic and the disruptions it has caused have created moments which feminist institutionalists such as Fional Mackay term as moments of “newness” and opportunities to craft gender change in institutions. In her study, Mackay proposes a framework within which gender reforms can be cautiously integrated into institutions, especially in contexts of broad restructuring processes, political transition, and constitutional or institutional “engineering”. Mackay presents nested newness as “a metaphor used to capture the ways in which the new is embedded in time, sequence, and institutional environment”. Notably, newness (new changes in a reforming institution) is often interwoven in considerable complexities of the past, what Mackay refers to as the “legacies of the past”, which include “material legacies and existing patterns of power distribution” but also cognitive and normative legacies —“frames of mind” and “habits of the heart”.

Feminist institutionalists’ conception of newness and the dynamics of managing change and reflections on permissiveness – moments in which old settlements are destabilized and the new can be embedded – that comes with disruptions of old norms and practices, speaks eloquently to the kinds of disruptions and the possibilities of change that manifested during COVID-19 global disruptions. Our focus on masculinities and gender-based violence also took a critical masculinity studies approach. That is, a theoretical orientation in which not all men are produced as a homogeneous oppressive category in opposition to women. Rather, we focus on men as subjects of gender power relations, an approach that takes account of feminist and other critical gender scholarship, and understanding men and masculinities as socially constructed, produced and reproduced rather than as somehow just “naturally” one way or another. This conceptual frame is useful in terms of enabling a focus on COVID-19 disruptions as opportune contexts through which to tap into changing masculinities and suggest new actors, new values, and new rules and expectations into the activism on men and masculinities to influence future progressive constructions of masculinities and femininities. Inscribing new forms of progressive masculinities as communities globally experience flux, provides opportunities to counteract historic gender bias and gendered power imbalances, especially those forms of inequalities that buttress gender based violence.

We tracked popular social (and other genres of) media conversations on COVID-19, conducted qualitative interviews, and an online survey to analyse ways in which the pandemic and the associated control and preventive measures have triggered a change in men’s behaviour, norms, and expectations. The overall goal of the research was to explore changes in masculinities animated by COVID-19 disruptions, and tap into these as opportunities for effective response to gender based violence during COVID-19 and future pandemics. The study covered 300 participants. These included 286 online survey participants and 11 interviewees. Of the 286 quantitative survey participants, 148 (52%) were men while 138 (48%) were women. The study also sought to cover the heterogeneity of experience on the basis of other social indicators, including age, marital status, religion, and region of residence among others.

Reflections on the findings

The study findings reveal ways in which COVID-19 executive orders to ‘stay-home-stay safe’ reconfigured domestic relations – roles, status, and expectations globally – setting into flux ways of being and doing masculinities and femininities. These changes included, among others, the erosion of the ‘male provider’ role amidst unchanging social expectations on traditional masculine identity, as well as men’s struggles to negotiate the spatial politics of prolonged stay at home orders. Survey findings (as indicated in the table) reveal most pressing constraints to men in homes. A majority of the men (52%) identified inability to meet the financial needs of their families and limited social contact outside the home (68%) as the most disruptive factors. Erosion of key bases upon which traditional forms of masculinities are constructed animated social tensions in the household and revealed how fragile masculinities can be in contexts of social disruptions.

Survey participants and social media conversations revealed men’s pervasive absence from homes. Men are crowded out of households by traditional division of spaces (domestic space as women’s space and public as men’s space). Men are expected to be heads of households and providers. These roles and expectations push men out of the domestic sphere. There were many media messages that ridiculed men who did not have money on their phones or those who were not able to meet their family needs despite job losses triggered by the COVID-19 pandemic. COVID-19 and related restrictive measures, challenged ways of being a man – the provider – from coming with ‘bread’  at home and being recognised as a provider, to an idle, stranger, and an inconvenience to those “at home”. Anna Baral calls it [the] ambivalence of “being there”. Some of these unfamiliar experiences fuelled social tensions in homes.

The idea that lockdown threw many Ugandan men in panic. With no food supplies at home and no income, livelihoods were doomed. Economic strains were worsened by sudden isolation and by forced cohabitation, which exposed the fragility of the breadwinners, amidst cultural rigidities exemplified in beliefs that “omussajja asigala mussajja” (a man remains a man) and ought to go out there and work despite the lockdown. There were moments when men had to unavoidably move out of the home to ‘go out there’ just to avoid ‘being there’ at home, in contexts where being there, especially with children, is seen as a feminine practice. These struggles within the domestic space alert us to the need to challenge men’s privileges that legitimise men’s absence at home.

3. Men’s struggles and the spatial politics of ‘living’ at home

Men’s struggles to stay at home were a common subject of discussion in social media. These conversations, whether in humor or horrific headlines, as we illustrate in the study report (which is coming soon), revealed men’s pervasive ‘absence’ from domestic spaces. From men who had spent years without returning home to those who preferred coming home in the silence of the night, lockdown measures exposed men, women, and children to unusual scenes of prolonged full-time stays at home. Along these, came a catalogue of challenges (often shared in the media), particularly to men as they struggled to negotiate collective stay at home orders with their siblings, wives, and children.

Moments of newness in masculinities

We argue that beyond these fragile masculinities (and femininities), the pandemic presented moments of ‘newness’ – in masculine roles, relationships, and social expectations – which could be tapped into to nurture new masculine values, rules, and expectations and influence future progressive constructions of masculinities and femininities. The pandemic and its social distancing measures opened up opportunities to question hegemonic beliefs and practices upon which masculinities in most Ugandan communities are constructed – e.g. absent fatherhood, male provider role, unquestionable respect in the home, physicality, male invulnerability, commodification of women, etc., and opened up possibilities of new progressive beliefs and practices.

There were massive media reports about men entering into roles, spaces and relations previously perceived as feminine – men in kitchens, in child nurturing, in domestic care work. It is through such fluid stages of norm change that gender change agents could take advantage of and inscribe new narratives on progressive masculinities (new actors, new values, and new rules within communities), “thus counteracting historical gender bias and gendered power imbalances found in most traditional [social] institutions”. In particular, the study raises a critical question on what men stand to gain from gender equality. Global conversations on what men stand to gain from gender equality  revealed ways in which changes in gender norms can lead to more fulfilling lives for all, in particular freeing men from harmful traditional masculine norms. We argue that these conversations, emerging out of the global pandemic of COVID-19, offer great learnings and facilitative a creative and intentional focus on men and boys as change agents and key beneficiaries of violence-free communities.

This blog was written by Josephine Ahikire and Amon A Mwiine School of Women and Gender Studies, College of Humanities & Social Sciences (CHUSS) Makerere University. This research is made possible with a RIF Fund.