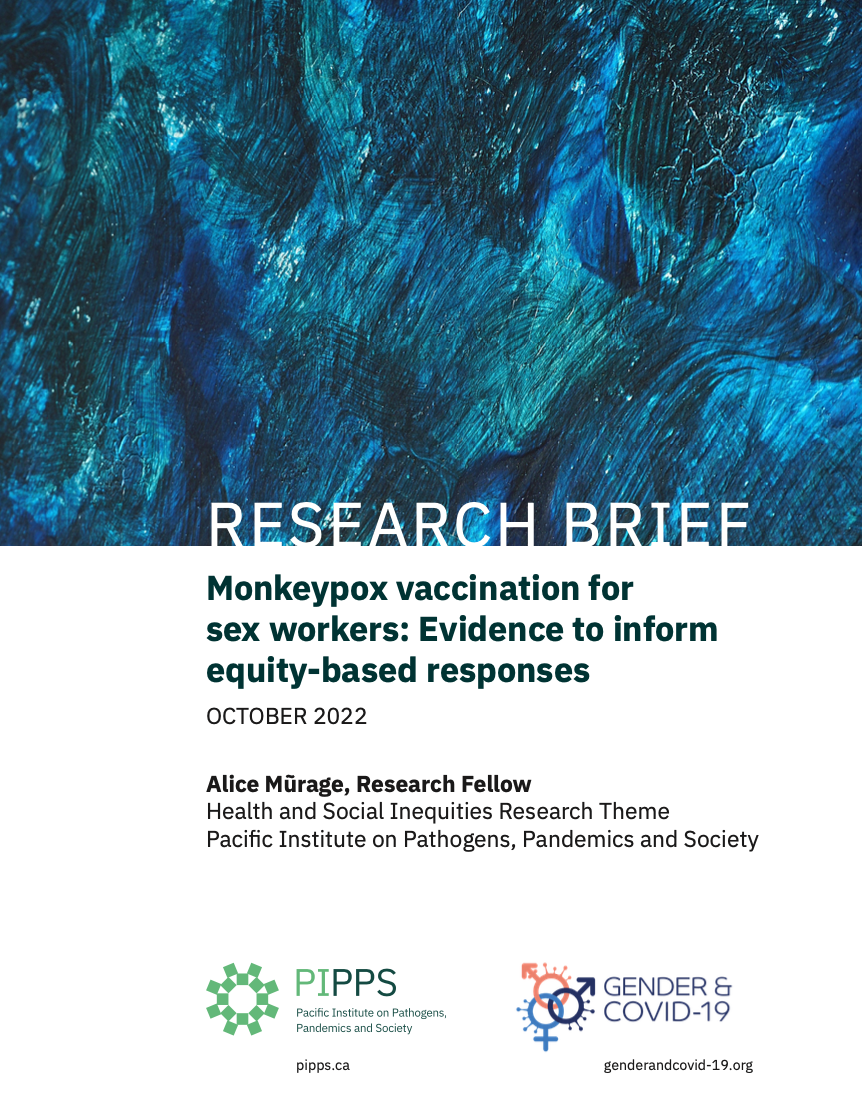 On July 23, 2022, the World Health Organization declared the global monkeypox virus (MPXV) outbreak a public health emergency of international concern at a time when over 16,000 cases were reported in 75 countries and territories. As of August 31, 2022, the number of monkeypox cases reported in Canada were 1251, with 137 in the province of British Columbia. Following authorization of Imvamune® vaccine, the Government of Canada had deployed over 70,000 doses of the vaccine by July 23, 20223, with the Province of British Columbia (BC) receiving 14,480 doses.

In consideration of limited vaccine supply, those most at risk are prioritized under the guiding principles: maximize benefit, equity, and transparency. Prioritized demographic has been those identifying as gay, bisexual men, and men who have sex with men (MSM). This approach is consistent with evidence of overrepresentation of MSM among those affected (up to 98 percent of cases).

As vaccination rates increase among the initial target demographics, there is a need to expand the vaccination program to include other groups likely to be affected. As most cases are passed on during sexual intimacy, sex workers are among those at risk. Other at-risk groups include those who might not access health care services such as those experiencing homelessness and those who are immunosuppressed such as those with untreated HIV/AIDS. At higher risk could be those at the intersection of sex work, homelessness, and immunosuppressed. While men sex workers who are gay, bisexual, or MSM are included as a priority population in the current MPXV vaccination drive, women sex workers are not. The latter is an underserved demographic facing social and health inequities, such as limited access to health care, insecure income, and unsafe working and living conditions.

The 2018 Canadian guidelines on HIV pre-exposure prophylaxis (PrEP) and non-occupational post- exposure prophylaxis (nPEP), for instance, does not include specific recommendation for sex workers. There is need to shift this approach and prioritize health access to sex workers. Due to the nature of their work, sex workers might be unable to adhere to prevention recommendations around condom use, having fewer sexual partners, and avoiding anonymous partners.

While financial support is beyond the scope of MPXV vaccination, this highlights the importance of ensuring this demographic is vaccinated early on.

«Previous Post
Reconceptualizing successful pandemic preparedness and response: A feminist perspective»Next Post
Being Cared for in the Context of Crisis: Austerity, COVID-19, and Racialized Politics