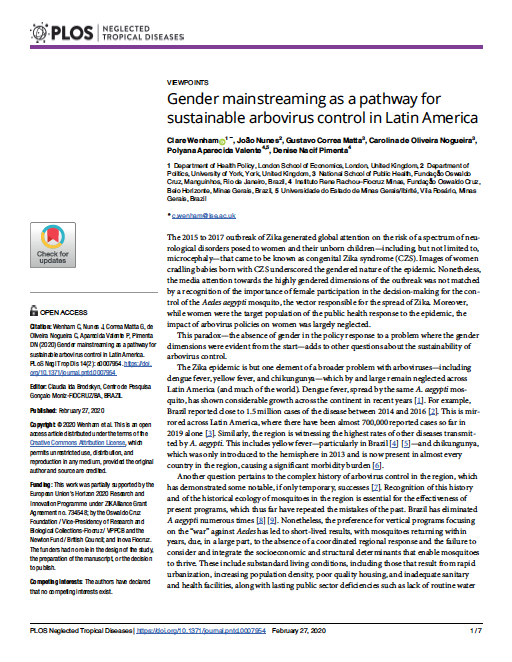 The 2015 to 2017 outbreak of Zika generated global attention on the risk of a spectrum of neurological disorders posed to women and their unborn children—including, but not limited to, microcephaly—that came to be known as congenital Zika syndrome (CZS). Images of women cradling babies born with CZS underscored the gendered nature of the epidemic. Nonetheless, the media attention towards the highly gendered dimensions of the outbreak was not matched by a recognition of the importance of female participation in the decision-making for the control of the Aedes aegypti mosquito, the vector responsible for the spread of Zika. Moreover, while women were the target population of the public health response to the epidemic, the impact of arbovirus policies on women was largely neglected.