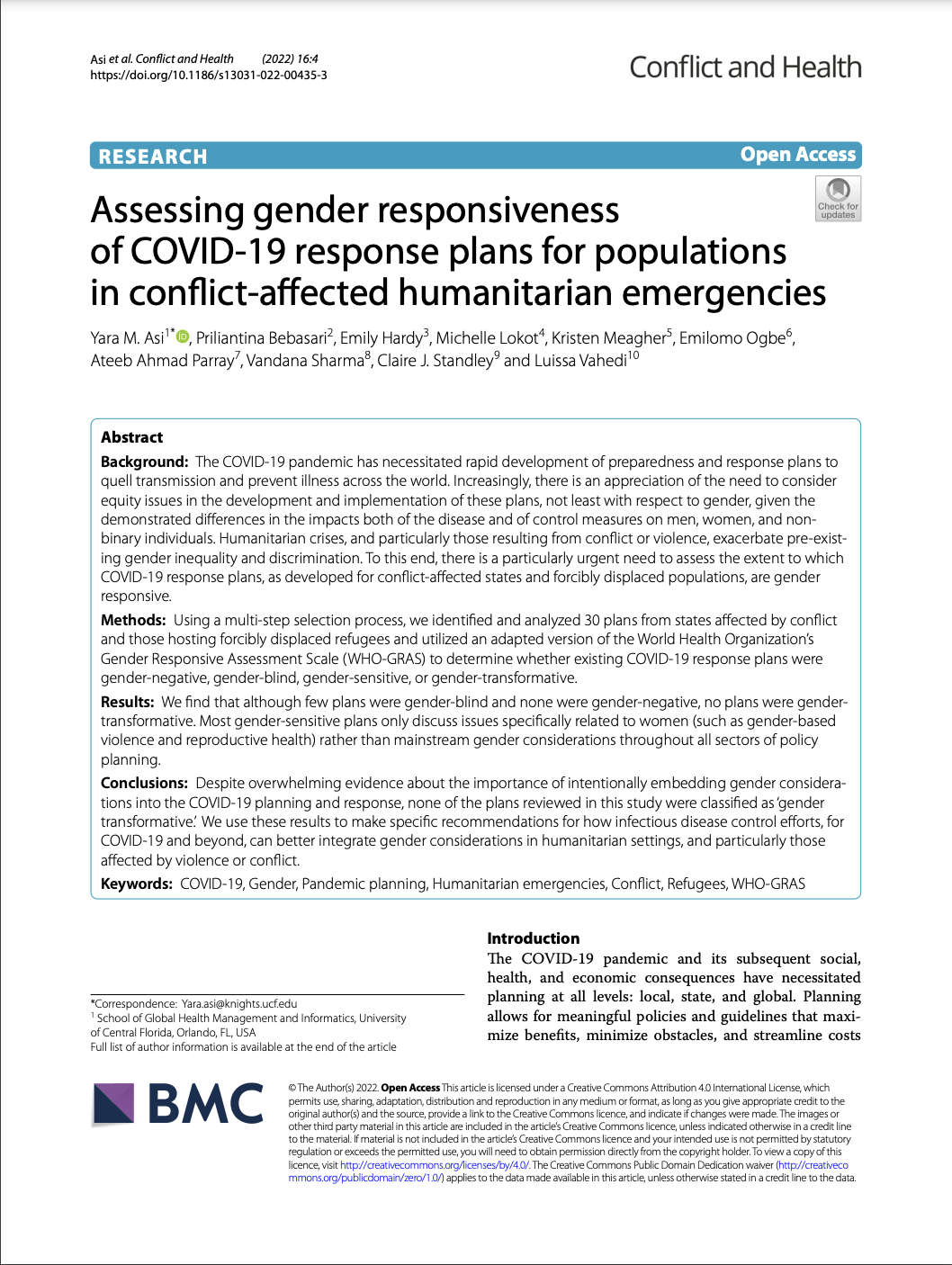 The COVID-19 pandemic has necessitated rapid development of preparedness and response plans to quell transmission and prevent illness across the world. Increasingly, there is an appreciation of the need to consider equity issues in the development and implementation of these plans, not least with respect to gender, given the demonstrated differences in the impacts both of the disease and of control measures on men, women, and non-binary individuals. Humanitarian crises, and particularly those resulting from conflict or violence, exacerbate pre-existing gender inequality and discrimination. To this end, there is a particularly urgent need to assess the extent to which COVID-19 response plans, as developed for conflict-affected states and forcibly displaced populations, are gender responsive.

Using a multi-step selection process, we identified and analyzed 30 plans from states affected by conflict and those hosting forcibly displaced refugees and utilized an adapted version of the World Health Organization’s Gender Responsive Assessment Scale (WHO-GRAS) to determine whether existing COVID-19 response plans were gender-negative, gender-blind, gender-sensitive, or gender-transformative.

We find that although few plans were gender-blind and none were gender-negative, no plans were gender-transformative. Most gender-sensitive plans only discuss issues specifically related to women (such as gender-based violence and reproductive health) rather than mainstream gender considerations throughout all sectors of policy planning.

Despite overwhelming evidence about the importance of intentionally embedding gender considerations into the COVID-19 planning and response, none of the plans reviewed in this study were classified as ‘gender transformative.’ We use these results to make specific recommendations for how infectious disease control efforts, for COVID-19 and beyond, can better integrate gender considerations in humanitarian settings, and particularly those affected by violence or conflict.