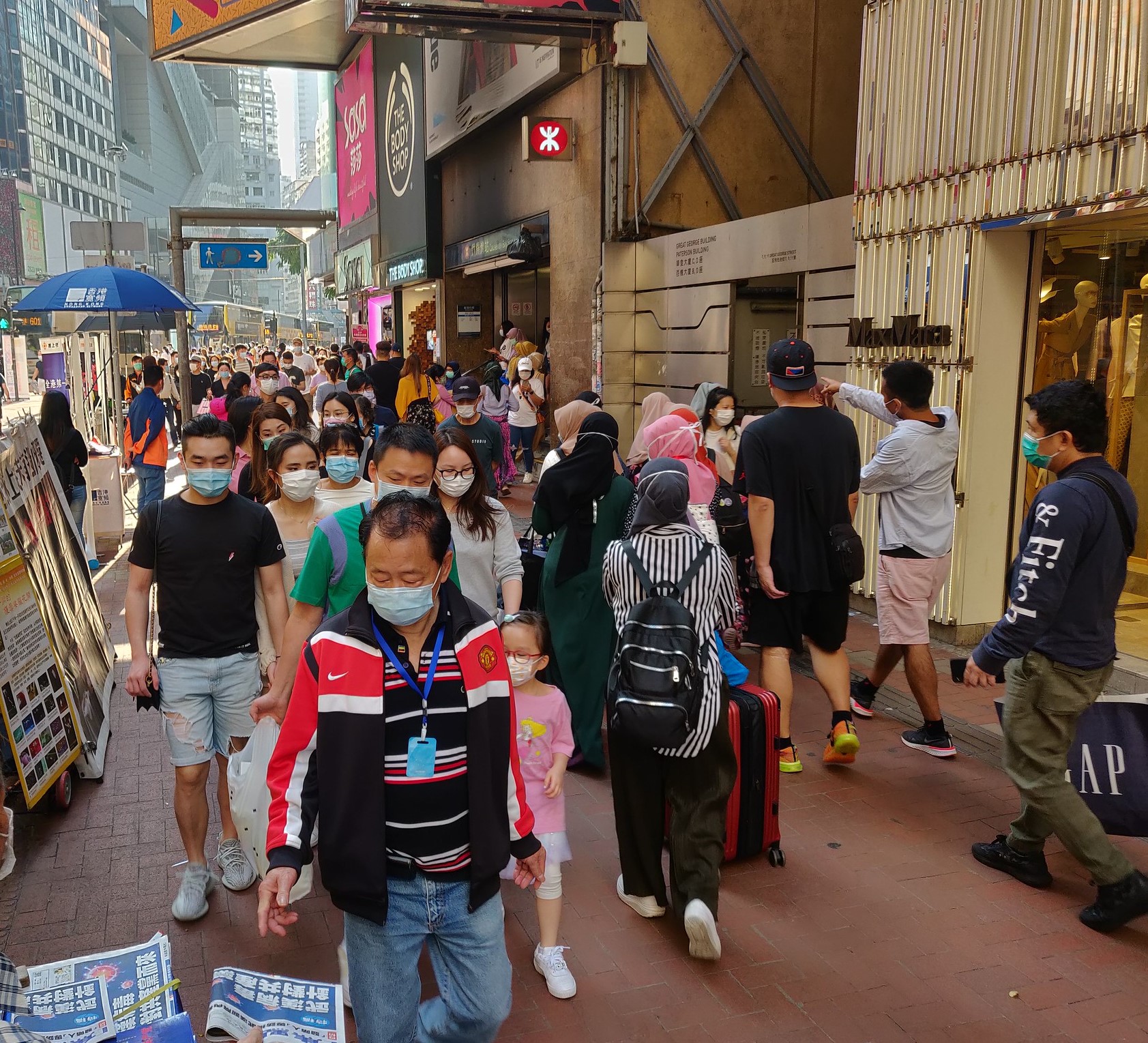 Ingrid Lui and Karen Grépin use their recently published article about the treatment of foreign domestic workers in Hong Kong during the COVID-19 pandemic to understand the rate of uptake of vaccines amongst this group.

Since late February, Hong Kong has been offering free COVID-19 vaccines for all residents as part of the city-wide COVID-19 Vaccination Programme. Although it was initially only open to a few priority groups, the programme was soon expanded to cover everyone aged 16 or older. The programme, however, has seen a relatively slow start, with only 13% of those eligible to get vaccinated having received at least their first dose within the first 60 days of the programme. Foreign domestic workers make up about 5% of Hong Kong’s population, and are almost all women who come from the Philippines, Indonesia, and other South Asian countries. They have been included in the list of vaccination priority groups since March 15, but many of them are still reluctant to receive a COVID-19 jab. Why might that be the case?

Due to the ongoing social unrest in Hong Kong, public mistrust in the government was high at the onset of the pandemic. Local Hong Kongers quickly formed networks of community-based support to share surgical masks and other essential supplies among themselves, especially as criticisms against the government’s response to the pandemic continued. Even now that the COVID-19 Vaccination Programme has fully been rolled out, the public still has difficulty trusting the city’s leadership, which contributes to a high level of vaccine hesitancy in the general population.

Our interviewees reported experiencing prejudiced attitudes and discrimination from the wider Hong Kong society, including the belief that foreign domestic workers were potential carriers of COVID-19. These beliefs may have been perpetuated by the Hong Kong government, who published no less than 15 press releases over the course of 2020 urging foreign domestic workers specifically to comply with social distancing measures. By continuing to draw attention to foreign domestic workers for their supposed lack of compliance, this suggests that the public should be particularly concerned about this group, which could be seen in how some of our interviewees were treated by their employers. For example, one interviewee told us that her employers did not let her go out on her rest days for fear that she would bring the virus into their home. At the same time, they would always go out, thereby contradicting the restrictions they imposed on her.

By continuing to neglect what is arguably one of Hong Kong’s most hardworking yet underrepresented groups during a public health crisis, the government has shown that they are not considering the actual needs of foreign domestic workers in their policy decisions. Rather, they seem to be treating these workers as a group that requires a lot of oversight, believing that they are unable to or are not doing enough to protect themselves and the wider society against COVID-19. Once they were included in the vaccination programme, the government provided little support to foreign domestic workers to answer their questions and concerns about the vaccines. As such, we hosted a special webinar about COVID-19 vaccinations in Hong Kong in collaboration with local foreign domestic worker NGOs and medical experts to do just that.

Prior to this webinar, we sent out a survey through our NGO partners to understand foreign domestic workers’ thoughts on vaccination, and we received 291 responses from 290 Filipinos and one Indonesian. When asked if they wanted to get vaccinated, 39.9% said ‘yes’, 14.4% said ‘no’, and 15.8% said ‘maybe’; the remaining 29.9% had already received a vaccine.  Of the 249 people who responded ‘yes’, ‘maybe’, or that they had already received a vaccine, the most popular reasons to get vaccinated included protecting oneself against the virus (72.3%) and wanting to return to normal life (61.4%). Of the 88 people who responded ‘no’ or ‘maybe’, the most popular reasons not to get vaccinated included worries about the safety and side effects (61.4%), as well as health issues that make them worried about getting the vaccine (31.8%).

Our webinar also drew a significant audience, with over 100 viewers tuning in live, as well as over 8,000 people reached on the webinar’s Facebook Live recording one week later. Despite the Hong Kong government consistently assuming that this population was not doing enough to protect the community from COVID-19, both our interviewees from the original study as well as the attendees of our webinar have demonstrated that there is a great level of interest in vaccination and seeking out COVID-19-related information. Furthermore, the fact that 30% of our survey respondents are vaccinated suggests that many foreign domestic workers are indeed taking active steps towards protecting themselves against the virus.

From both our paper and this recent webinar, we propose that more should be done by the Hong Kong government to work with foreign domestic workers, who have already shown an interest in the vaccination programme and protecting themselves against COVID-19, to meet their needs and encourage their active involvement in the government’s anti-epidemic initiatives.

Image credit: “Street_in_Hong_Kong_during_the_COVID-19_pandemic” by Prachatai is licensed under CC BY-NC-ND 2.0

The webinar is now available on YouTube with English subtitles: https://youtu.be/9gOzGZetvX4